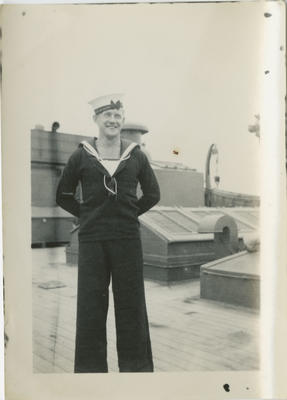 About this object
Photograph of Colin Laloli in naval uniform. The photograph is taken on board a ship and Colin is seen standing with his hands behind his back and looking away from the camera.
Colin Laloli was a wartime friend of Napier man Percy John Havelock Hamlin who served with the Royal New Zealand Air Force and was killed in an aircraft accident during World War Two.
There are two copies of this image.