About this object
Snapshots photograph album, into the front of which have been inserted pages from another album of photographs attributed to Derek Brebner who worked for a time at AB Hurst Studios and later taught at Napier Boys' High School. Subjects include Derek's future wife, Veronica Harris (daughter of Jack Harris who owned Harris Hats), her best friend and neighbour Ingrid Husheer (grandaughter of Gerhard Husheer), William Willis (whose family would later establish Willis Toomey Robinson) and Veronica's sister Betty Harris. Other images show Napier's Masonic Hotel, Soundshell, and the Harris house at 24 Coleman Terrace.
The pages of the original album - although predominantly empty - display a collection of family photographs by an unknown photographer; they include a man in military uniform, and a woman with a baby that could be Derek Brebner and his mother Nora (nee Nicol). There are also images of the New Zealand Centennial Exhibition in Wellington.

Media/Materials description
Leather bound cover secured with a corded tie threaded through metal rivets. Printed on the cover, but faded, is: Snapshots. 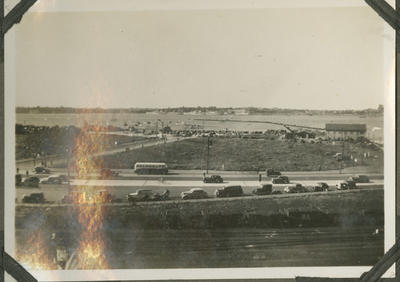 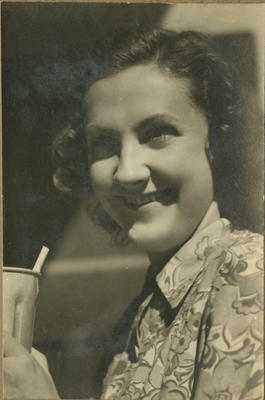 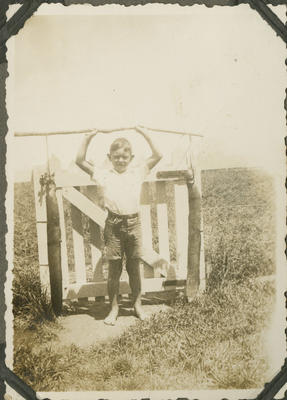 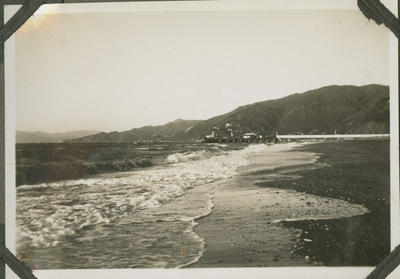 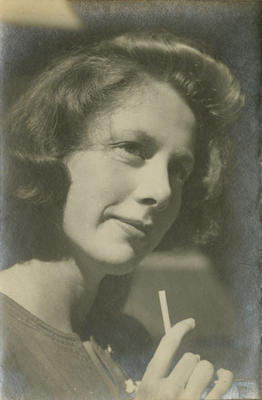 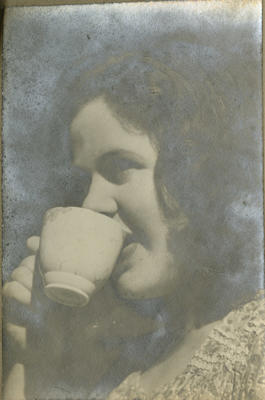 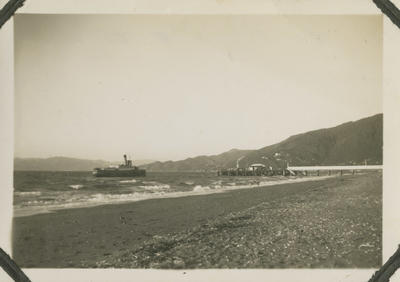 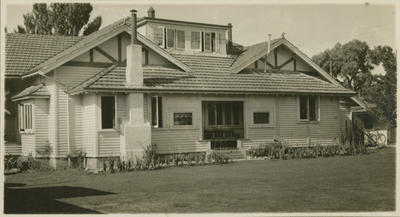 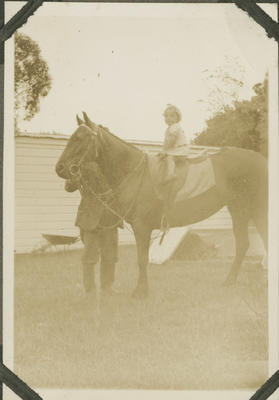 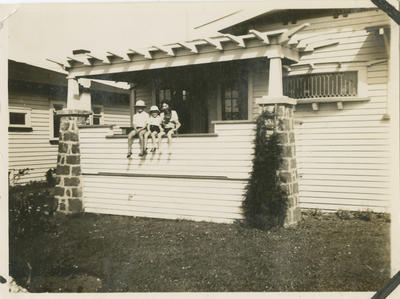