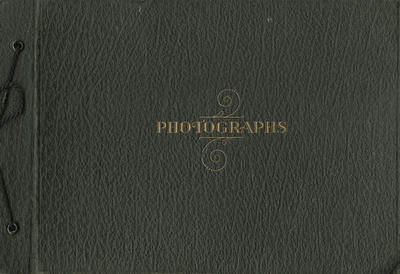 Photograph album, A few snaps of the great earthquake disaster at Hawke's Bay

Brief Description
The photograph album is titled: A few snaps of the great earthquake disaster at Hawke's Bay, New Zealand on 3rd February, 1931.

The album contains 102 images of Napier taken after the 3 February 1931 Hawke’s Bay earthquake. The photographer was Ernest Sinclair, a Health Inspector, who was sent to Napier from Invercargill to aid with any health issues resulting from the disaster. He has written clear descriptions underneath each photograph. On the first page is a cartoon titled: The man behind the camera. It shows Inspector Sinclair inspecting a drain-pipe after one glass of parsnip wine. The artist is Noel F. Simmons of Napier. There is a photograph of Simmons in the album standing outside the Club Hotel on Marine Parade. Following the cartoon is a fold-out coloured map of Napier that shows amongst other things, Hastings Street School, the tram depot and tracks, Municipal Theatre, Post Offices and the cemetery.

After the photograph section is a newspaper article about the earthquake with the heading: Great earthquake disaster costs many lives. This is followed by earthquake photographs cut out from various newspapers. Clear descriptions are written underneath each cutting such as: Napier - All that is left of the Provincial Hotel. What would have happened had the shake occurred at night when the bedrooms were all occupied is too terrible to contemplate.

Date: 10 October 1935. This date is written at the front of the album.
Photographer, Ernest Sinclair.

Media/Materials description
The album has a black hard cover with gold embossed printing on the front. The contents include black and white photographs. Descriptions are written in white ink. The map and newspaper cuttings are on paper with black ink.

Photograph album, A few snaps of the great earthquake disaster at Hawke's Bay 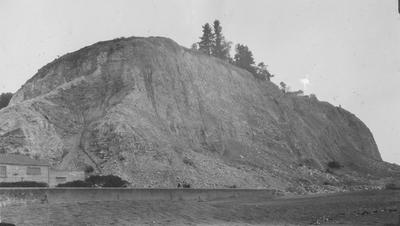 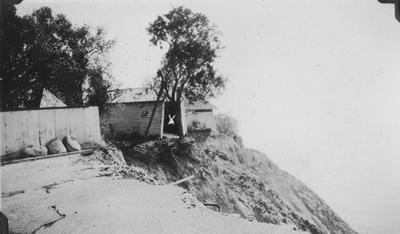 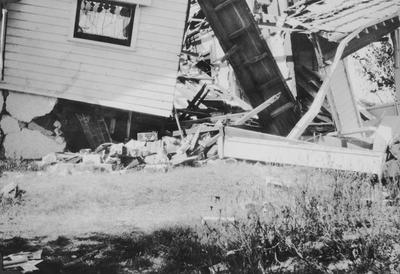 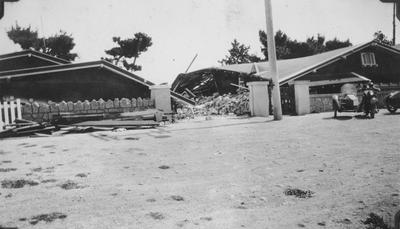 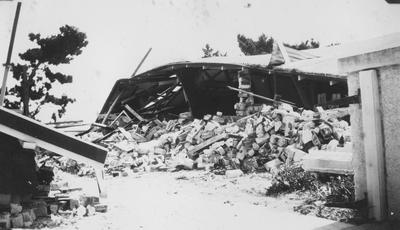 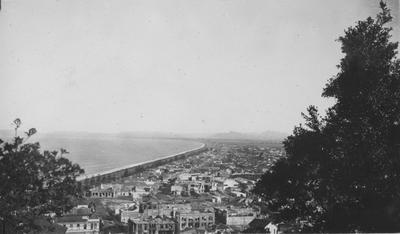 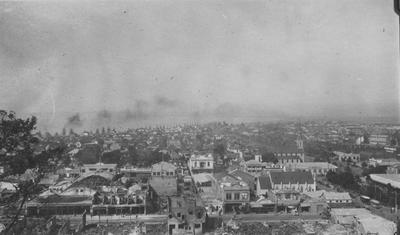 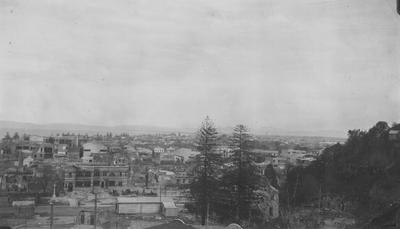 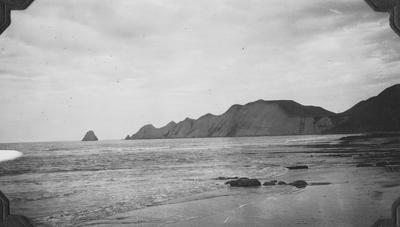