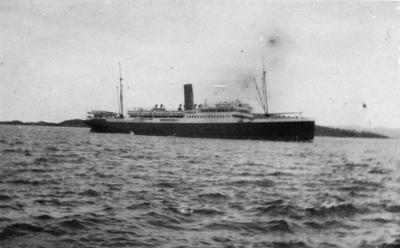 About this object
The photograph shows the Willochra in the Albany Harbour, Western Australia. The photograph is glued to a page in Leo Bestall's diary and album. Underneath it he has written: Willochra returning from Gallip (sic) with NZ wounded, Albany. Gallip was short for Gallipoli.