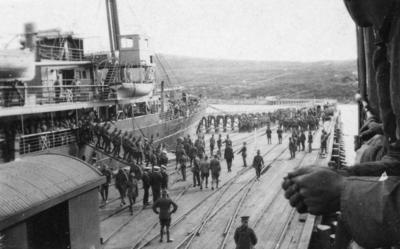 About this object
The photograph shows the N.Z.H.S. Maunganui's troops disembarking at Albany, Western Australia. Men are marching down the ramp and others are standing in formation. The photograph is glued to a page in Leo Bestall's diary and album. He has written at the bottom of the photograph: Albany - The Manganui's (sic) troops disembark for route march. The side of the Maunganui is visible in the background. This vessel transported the 11th Reinforcements, New Zealand Expeditionary Force during World War I. 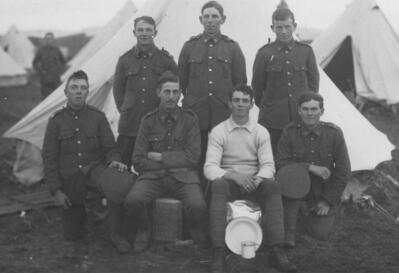