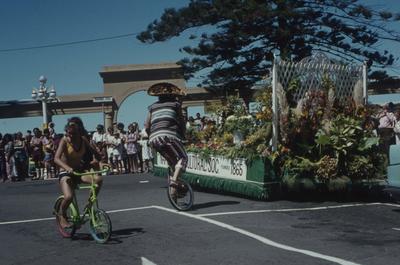 About this object
The slide shows two people on bikes and the Napier Horticultural Society float at the corner of Emerson Street and Marine Parade, Napier. The float was part of the parade held to celebrate Napier's 100 year anniversary. The Colonnade is in the background.