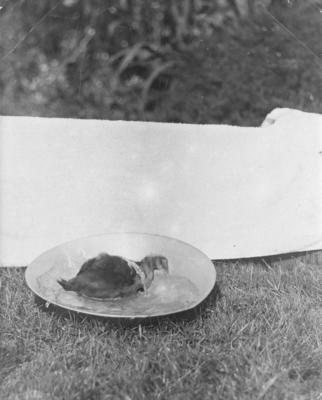 About this object
A photograph of a small bird thought to have been taken at Tutira Station in the 1920s. The bird, possibly a duckling, stands in a shallow bowl filled with water.