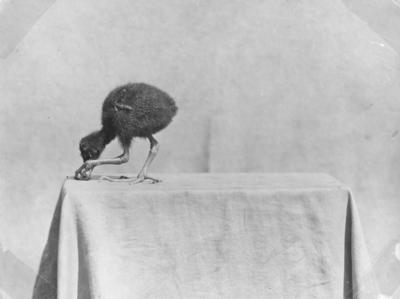 About this object
A photograph of a pūkeko chick (Porphyrio porphyrio melanotus) thought to have been taken at Tutira Station in the 1920s. The chick has been posed for the photograph in front of a cloth backdrop. It bends its head down to touch one of its feet.