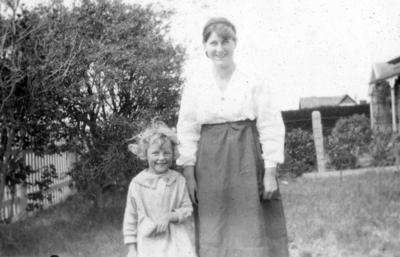 About this object
A photograph of a young woman identified as Dot and a child identified as Madge taken at St Hilda's Children's Home, Otane, between 1919 and 1920. The pair are standing on a lawn, presumably in the backyard of the home, smiling and looking at the camera.