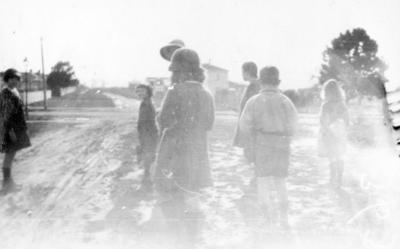 About this object
A photograph of a small group of children playing outside near St Hilda's Children's Home, Otane, taken between 1919 and 1920. The children appear to be standing in the street. There are houses on either side of an unsealed road in the background of the image.