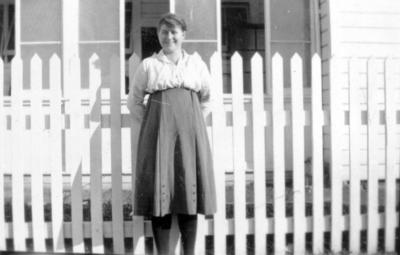 About this object
A photograph of a young woman identified as Dot taken at St Hilda's Children's Home, Otane, between 1919 and 1920. Dot wears a blouse, high waisted skirt and dark stockings. She stands in front of the white picket fence that surrounded the villa used as the children's home. The partially enclosed sun porch is visible in the background of the image.