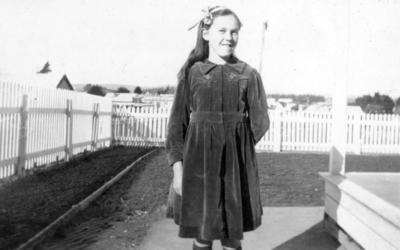 About this object
A photograph of Hillary Cain taken at St Hilda's Children's Home, Otane, between 1919 and 1920. Hillary stands in a yard by the verandah of the villa used as the children's home. The photograph is in an album containing images of the children who were living at the Anglican orphanage in 1919-1920.