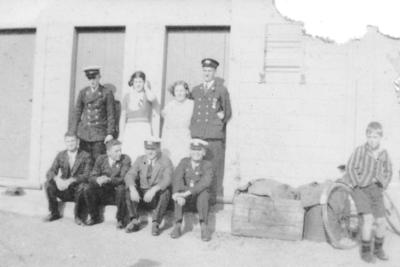 About this object
A photograph of members of the Spit Volunteer Fire Brigade seated outside an unidentified building.

Four men in uniform are seated on a step in front of several doors. Behind the seated men are two men in uniform standing on either side of two women. The pair at the right hand side have their arms around one another as they stand side by side.