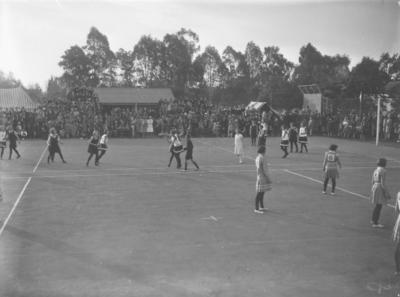 About this object
This photograph depicts two games of basketball, later called netball, being played at and unidentified location. Spectators watch from the side of the courts. Some are seated in stands.

Media/Materials description
Black and white photograph on card with one other photograph.