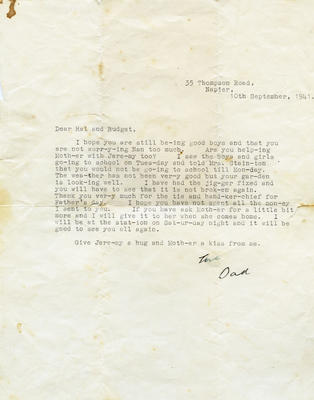 In the letter Walter Nash asks how the children are, informs them that he has had the jigger fixed, thanks them for the tie and handkerchief they gave to him for Father's Day, asks if they have any of the spending money he gave them left, and tells them that he will be waiting for them at the station on Saturday night.

The address the letter was sent from is 35 Thompson Road, Napier and the date, 10 September 1941.