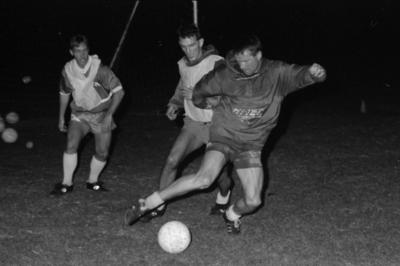 Image of a man in shorts and training jacket taking the ball through two defending players.

Media/Materials description
5 strips of film, 12 negatives on the same subject.