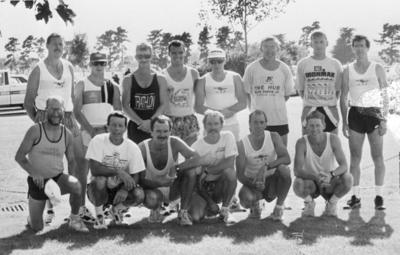 Photograph taken 5 March 1993 and published in the newspaper on that date.