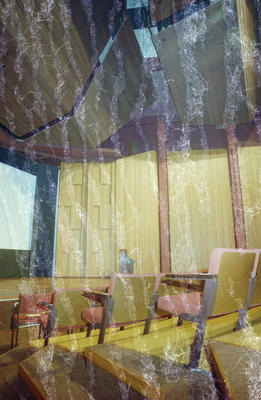 About this object
Architecture Feature. This week staff reporter Paul Jones talks to Tim Judd as part of a series on Hawke's Bay architects and their favourite buildings. Napier's centennial project, the 1977 Century Theatre, for which Tim was architect. The Century Theatre's rimu wood slats disperse the sound throughout the auditorium.

Photograph taken 30 January 1993 and published in newspaper on that date.