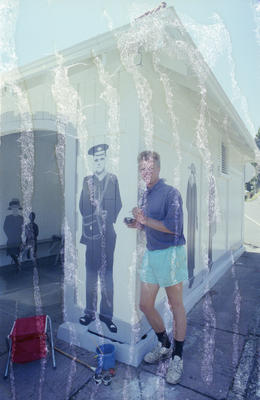 About this object
Tram Era - The trams don't run in Napier any more, but at least now the old tram station on the intersection of Shakespeare and Battery roads will recreate the atmosphere of that era. Council painter Gerry Vandenberg, adds some finishing touches to one of the characters depicted in the mural.

Photograph taken 30 January 1993 and published in the newspaper on that date.