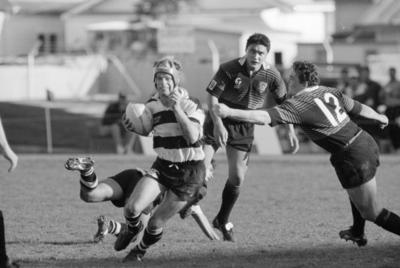 About this object
Magpies sunk by burst - Bay first five-eighth Simon Kerr beats a tackle and a desperate lunge from Canterbury second five Kelly Hansen during one of Hawke's Bay's few attacking movements in the national division one championship fixture.