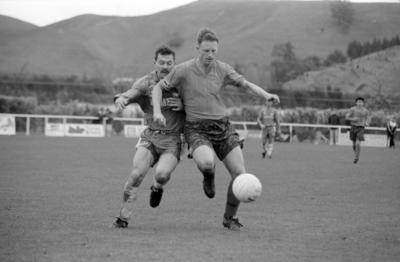 Media/Materials description
3 strips of film, 9 negatives on the same subject. Photograph cropped from original image for publication in the newspaper.