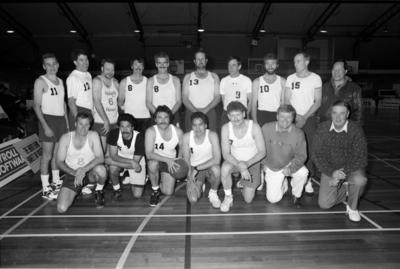 Members of the Napier 1976 and '77 men's basketball teams

Team photograph, similar to a school photograph. Photograph taken 10 July 1993 and published in the newspaper 13 July 1993.

Members of the Napier 1976 and '77 men's basketball teams