Brief Description
The Thomas Hyde scrapbook covers a variety of subjects including:

Pasted into the scrapbook are three photographs. Written below the photographs is: Swing Bridge, Manawatu River, Waikopiro Block; Settlers House Waikopiro I Block; Bridge same as above [Swing bridge] Mr Humphries (?) with his Camera on it

A group portrait photograph taken at Fischer's Studio, Napier features members of the Hawke's Bay Land Board, [Thomas Hyde, front at right]. Pasted below this is a photograph of a man seated at his desk that is attributed to T Hyde. 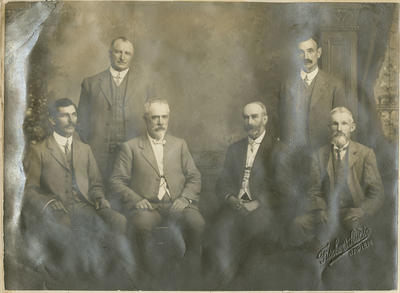 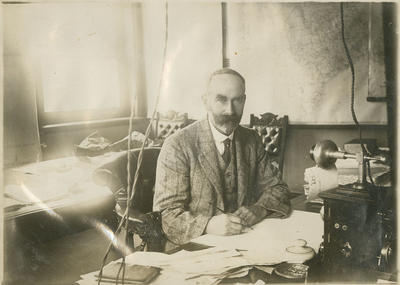 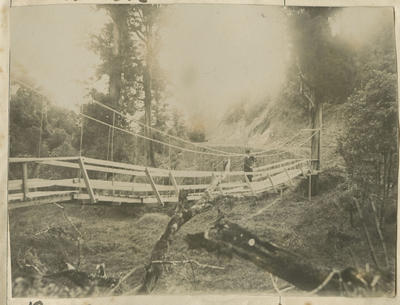 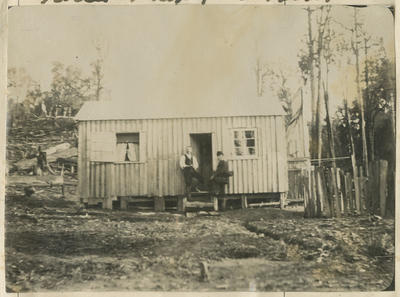 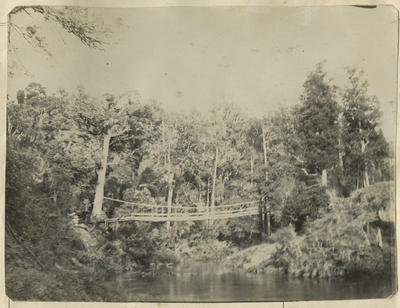